Now that the ‘foldable revolution’ seems to be almost upon us, Microsoft is about to launch its first dual-screen PC named Surface Neo later in 2020. Currently, there’s not much information about the soon-to-be-released device, and it looks like this atmosphere of secrecy is being created deliberately — just to make us all drool even more in anticipation of the roll-out.

Boasting two LCDs, advanced accessories, as well as a brand new version of Windows presented as Windows 10X, Surface Neo is a unique device within the rest of Microsoft’s current Surface range. If you’re looking forward to the launch of this groundbreaking highly buzzed-about gadget, you will definitely like this post. Here’s what we’ve managed to sniff out about the Surface New gadget so far. 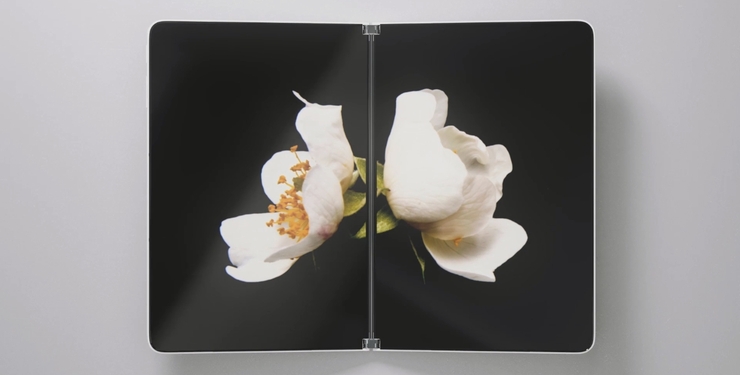 The ‘When’ and ‘How Much’ Aspects

So, the curtain of unconfirmed reports and lack of clarity is finally lifted, and the approximate Surface Neo launch date is announced. According to the Microsoft team, the device is planned to be released when the 2020 festive season arrives. That being said, you should probably be able to start using the dual-screen PC sometime in late fall or winter 2020. Because Microsoft’s products are mainly manufactured in China, the aforementioned timeframe could be delayed due to coronavirus.

With regard to the Surface Neo price, it hasn’t been clearly announced by Microsoft yet. Most of their Surface devices cost around $1,000. Therefore, it’s logical for a lot of experts to expect that Surface Neo won’t lighten your bank account by more than $1,000. On the other hand, Lenovo’s dual-screen PC (which is scheduled for release in 2020, too) is going to cost $2,499. That makes us cautiously predict a slightly bigger price for the soon-to-be-released Surface Neo gadget. Oh well, we just hope you’ve been saving…

Simply put, the Surface Neo’s two 9-in. LCDs are joined together by a 360-degree hinge forming a book-resembling device. The innovative hinge of the machine is worth elaborating upon. Tucked intricately inside a metal seam under the display, it allows you to easily work your fingertips from one LCD to another, providing a tremendously natural and seamless user experience. This makes the Neo proudly stand out from the rest crowd of foldable gadgets such as Lenovo's ThinkPad X1 Yoga or Samsung’s Galaxy Fold.

As far as the overall appearance is concerned, the Surface Neo will sport Microsoft’s signature magnesium-made finish. The magnesium material is definitely going to give the foldable device a solid look, making it feel perfectly sleek and super comfy to hold. Weighing 1.4 pounds (around 660 grams) and being 0.44 in. (5.6 mm) thick, the Surface Neo beasts flaunts the thinnest tablets ever designed.

As we’ve implied earlier, the Neo beast is inspired by some dual-screen devices previously released by Lenovo and Samsung. Surface Neo features two 9-inch touch screens expanding to a total of 13.1 in. when unfolded. The resolution of the LCDs is currently unknown, but they say that the device comes with thicker bezels.

Here are some other perks of the soon-to-be-launched Surface Neo baby:

The Surface Neo device will function a bit more like a typical Windows 10 computer. When creating the Neo, Microsoft collaborated with Intel. The exact performance characteristics of the Neo are still unclear. However, taking into account that the Intel processor is a combination of the top-notch ‘Tremont’ cores and a high-performance ‘Sunny Cove’ core, the device will amaze you with its brilliant performance and seriously impressive battery life.

Is It Portable Enough?

When it comes to this important criterion, the Surface Neo is said to be slightly less portable than the Surface Duo (the latter being another dual-screen device planned for release in 2020). It’s the larger of the two gadgets, hence the room for some vital accessories the Surface Neo is beautifully combined with.

Whenever you feel like typing on a keyboard, you can find one sealed to the display of the device and enjoy making the best of it. You can also attach the keyboard to the back of the Neo gadget, where it will charge wirelessly when you’re not using it. There’s also support for the innovative Surface Slim Pen. Just like the keyboard, it can also be charged on the rear of the Neo.

As far as battery life is concerned, Microsoft has yet to cover this important aspect. We still don’t know for sure what ports will be found on the Surface Neo machine. However, if you look at the pictures of the gadget, you can find at least one USB-C port there. Furthermore, the Microsoft team members have hinted that the Surface Neo device will have a solid camera and will most likely flaunt 5G support when launched.

Microsoft’s previous experience with smartphones hasn’t been as successful as they (and we) would like. This factor will definitely make a lot of us think hard before splurging on their Surface Duo foldable phone-like device and getting rid of our much-loved smartphones. The Surface Neo, however, is a super delish (and tempting) bit of Microsoft’s idea of 2-in-1 computing. What’s more, it can be used as a great PC for travel. Currently, we’d bank on the success of the Surface Neo without a modicum of doubt.

What about you? What are your thoughts on the topic? Are you anticipating the launch of the Surface Neo portable PC? What do you think is an adequate price for the Neo? Do you think the soon-to-be-released foldable dual-screen PC is going to be a success? Feel free to share your thoughts with us in the comment section below. We greatly appreciate any kind of feedback from our readers.

Your comment is awaiting moderation. We save your draft here

Was this review helpful?
Thank you for your feedback!
100 % of people found this helpful